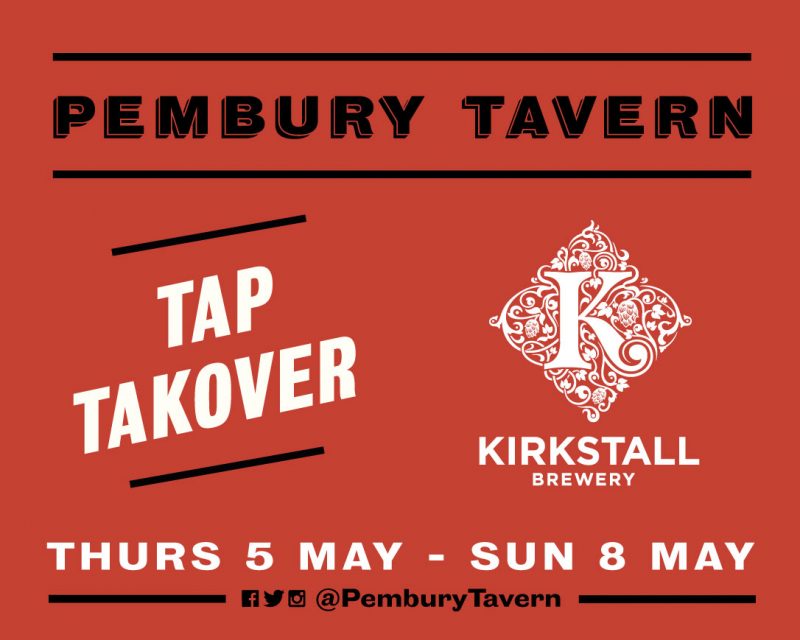 Our good friends from Kirkstall Brewery are coming down from Leeds to take over the taps at The Pembury Tavern.

Leeds’ Kirkstall has been brewing since 2011 – but the history of the brewery itself stretches back to the 12th century when Cistercian monks founded Kirkstall Abbey and started the area’s brewing legacy when they built their first brewhouse.

Combining a love of Yorkshire’s ale brewing heritage and modern beer styles and ideas, Kirkstall’s beers are much loved across Leeds and Yorkshire. We can’t wait to showcase ten of their beers on tap across cask and keg, and we hope you enjoy them as much as we do, London! 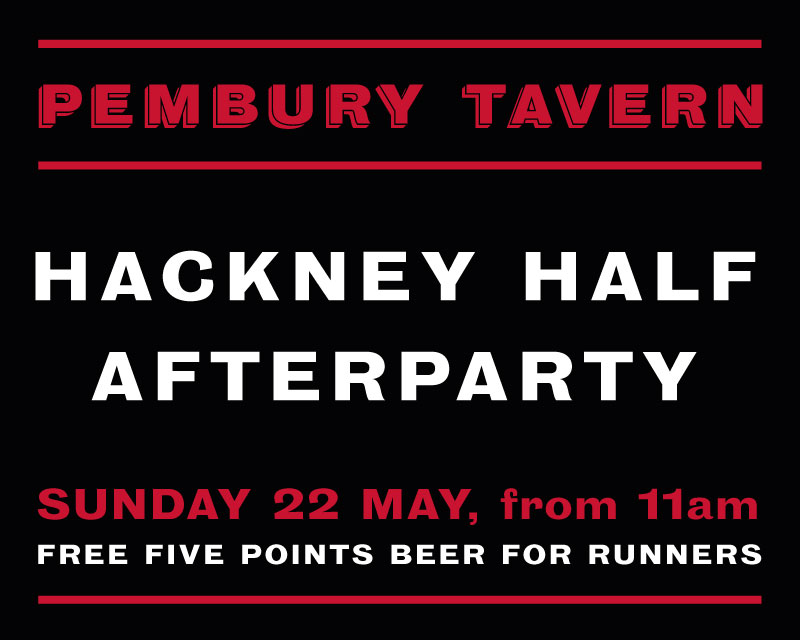 The Pembury Tavern is supporting Hackney Half Marathon runners in 2022 with FREE BEER!

Join us during the race as we cheer the runners on at the finish line.

The Pembury will be open from 11am, with pizza served from midday. Want to guarantee a space and rest your feet after the run? Book a table now.

All runners can redeem a free beer by showing their medal at the bar at either The Five Points Taproom or Pembury Tavern. Subject to availability! 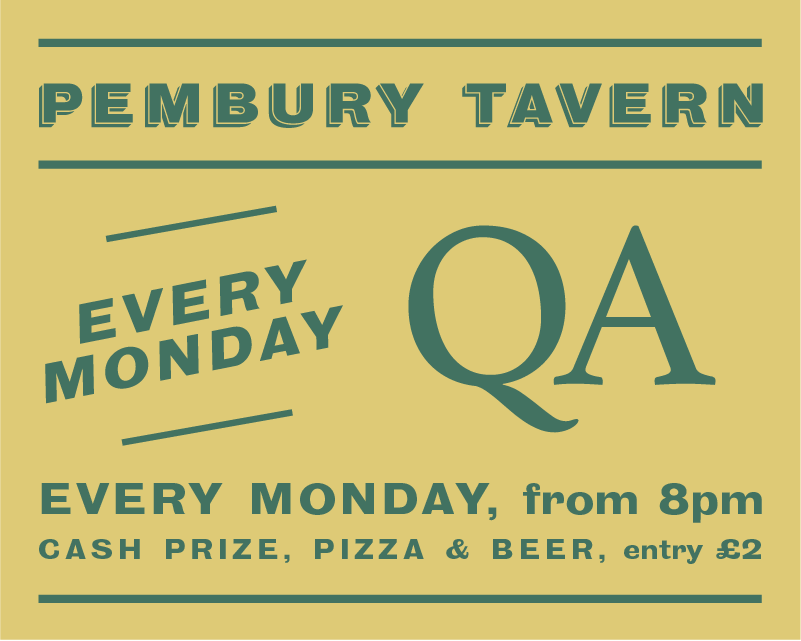 Every Monday at 8pm

Join the Pembury Tavern every Monday at 8pm for our Quiz Night and you could win beer, pizza, and cash prizes including our rolling cash jackpot!