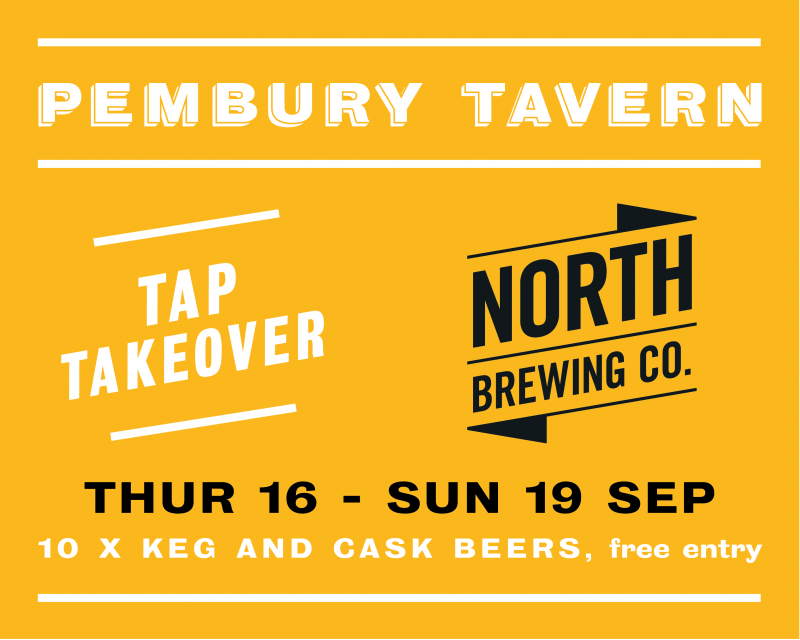 Two years on, North Brewing Co are back!

Our last Tap Takeover with the North gang was one of our favourite nights ever here at The Pembo. Make sure you’re here for Part II, North are bringing another epic range of beers including some special cask beers they’ve filled just for us.

The beers will be pouring across Thursday 16 to Sunday 19 September. Join us on Friday as we host the team from North in person (Yes that’s right, in person beer events are back!) and taste your way through some of the most exciting and innovative beers that the UK craft beer scene has to offer right now.

This is a free event and open to all. The Pembury Tavern is proud to support the Everyone Welcome Initiative.